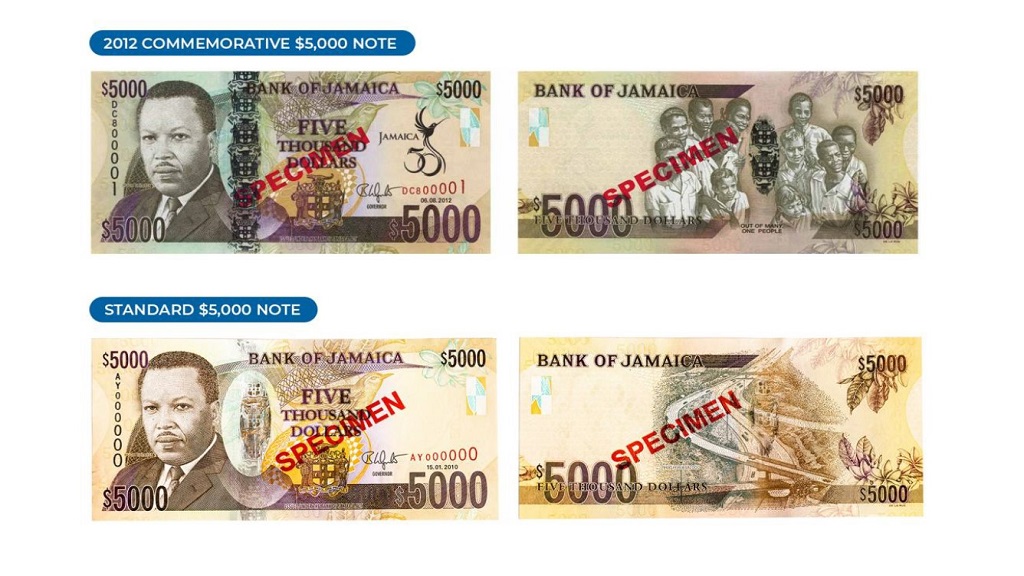 BOJ clears up confusion over $5,000 bill

The Bank of Jamaica (BOJ) is informing the public that a commemorative $5,000 note, celebrating 50 years of Jamaican political independence, is currently in circulation.

The note, which was first issued in July 2012, caused confusion in the market. Some people have reported having trouble transacting with the invoice.

Although the commemorative $5,000 note is similar to the standard $5,000 note, there are some differences in appearance.

Nonetheless, both versions are genuine and acceptable for all legal tender transactions, the BOJ said. He also apologizes for the inconvenience caused.

Characteristics of the commemorative banknote:

In terms of security features, these remain the same for the standard $5,000 note and the commemorative note, the BOJ said.

Despite the aforementioned differences between the standard version of the $5,000 note and the commemorative version, both are genuine notes for use in the settlement of transactions, as long as the security features comply with those listed on the bank’s website. Bank of Jamaica.