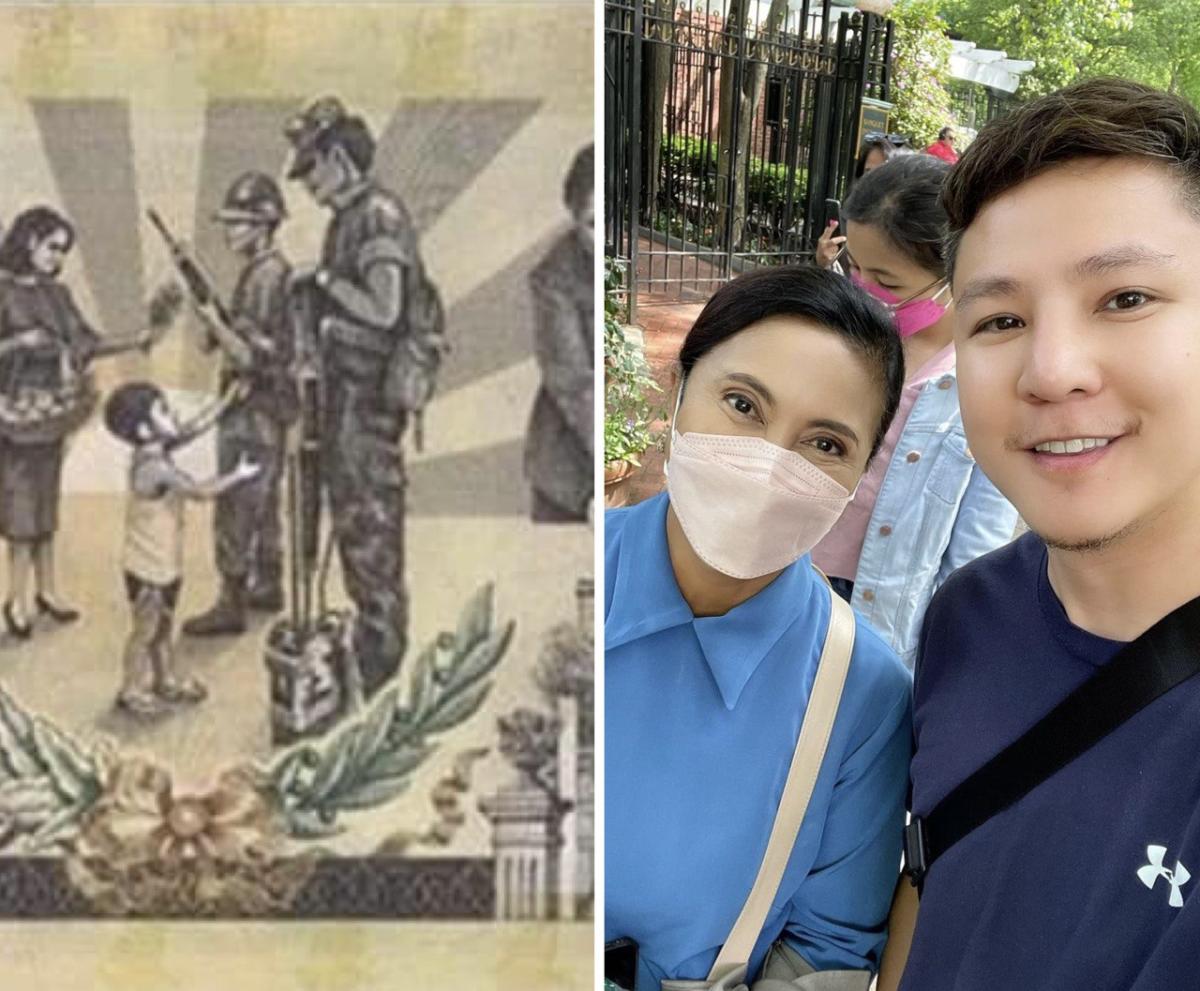 The boy pictured offering flowers to a soldier on the back of the old P500 banknote, recently met Vice President Leni Robredo At New York.

Angelo Gutierrez, who now works as a nurse, bumped into Robredo in Central Park. The vice president was recently in New York for the convocation of her daughter Jillian to New York University.

“I ran into the Vice President of the Philippines. Thank you for being so approachable and kind! God bless you! Leni Gerona Robredo #Starstruck,” Gutierrez posted. It has since garnered over 14,000 likes and some 260 shares.

Educator Gabby Lopez, who once taught Gutierrez in college, later shared the post with a screenshot of Gutierrez’s message to her:

“Dean! Nakita ko si VP Leni here in New York (I saw VP Leni Robredo here in New York)! I saw that you are his friend (on) FB. I messaged him and told him I was that boy on the back of the old 500 peso note. Sana mabasa niya (hope she reads this) (smiley face emoji) I love and support her so much…”

According to historian and Inquirer editor Manuel Quezon III, who replied to the post, the photo was taken by John Chua in 1986. It can be seen in “People Power, an Eyewitness History: The Philippine Revolution of 1986” by Monina Allarey Mercado.

The moment was immortalized on the back of the old P500 note.

On the back of the note is a collage of various images celebrating Aquino’s life and political career, including “a scene showing civilians offering flowers to soldiers signifying people power at EDSA.”

The People Power Revolution was a bloodless coup that overthrew dictator Ferdinand Marcos and forced him into exile in Hawaii.

His son Ferdinand “Bongbong” Marcos Jr. is now the presumptive president of the Philippines after the May 9 election.

How to Avoid a Yo-Yo Auto Loan Scam