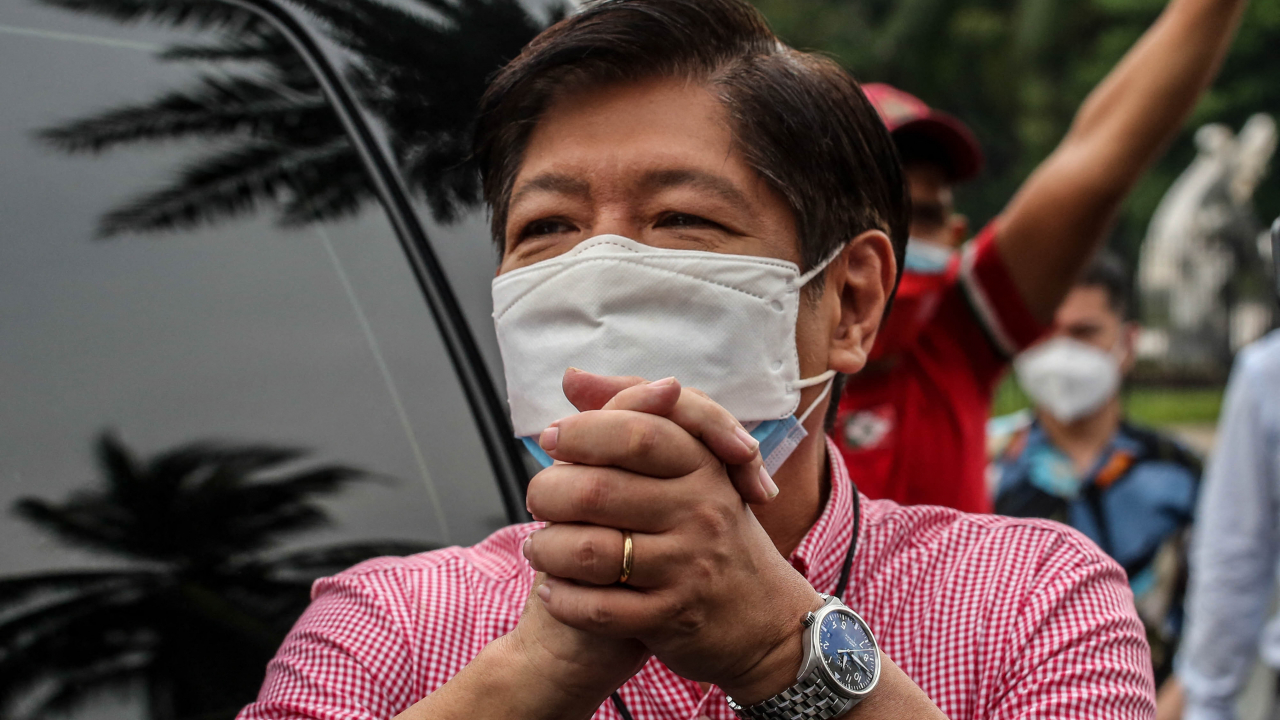 While the latest poll in the Philippines placed the son and namesake of former dictator Ferdinand Marcos as the current leader of the presidential race, a photo has been shared thousands of times on Facebook that appeared to show portraits of icons of late Philippine democracy had been replaced with an illustration of a small primate in a new 500 peso bill design. The photo circulated online after the central bank of the Philippines introduced a new Philippine 1,000 peso note featuring an eagle instead of Filipino war heroes, sparking concerns over the history revision. But the purported banknote shared in Facebook posts has been manipulated to include the tiny primate; it was created in 2017 by an artist based in Russia, who told AFP he had not created the design for the central bank of the Philippines.

The caption of the post claims that the image shows new banknotes from the central bank of the Philippines, known in the Southeast Asian country as “Bangko Sentral ng Pilipinas” or “BSP”.

The purported image of the new 500 peso note includes an illustration of a tarsier – a small primate native to Southeast Asia – instead of the icons of Philippine democracy, former President Corazon Aquino and her husband Benigno Aquino Jr. .

It was shared with an authentic design for a new 1,000 peso banknote featuring a Filipino eagle, replacing images of Filipino war heroes.

Local media outlet Inquirer.net reported that it sparked concerns in early December that images of late-Democracy icons would also be replaced.

A screenshot of the misleading message taken on December 20, 2021

The message contains a reference — “AQUINO HAS LEFT THE GROUP!” — to the political rivalry between the Aquinos and the family of dictator Ferdinand Marcos.

Ferdinand Marcos Jr – son and namesake of the late dictator – is the favorite to replace Duterte in 2022 according to a recent poll.

Sara Duterte-Carpio – daughter of Duterte – has been announced as Marcos Jr’s running mate, cementing the alliance between the two powerful families.

Images of the tickets were shared in similar Facebook posts here, here and here.

Some social media users seemed to believe the design of the Philippine 500 peso banknote was genuine.

“It’s better than the image of fake heroes!” a Facebook user wrote.

“Congratulations BSP, Hi to the people who made this great reform,” another commented.

But the messages are misleading.

“The P500 with a more tarsal illustration is fake news. It is part of disinformation campaigns by certain interest groups,” Central Bank of the Philippines Governor Benjamin Diokno told AFP.

A reverse image search revealed that the tarsier illustration was originally uploaded to Shutterstock by Russian vector artist Evgeny Turaev.

Turaev told AFP he was not commissioned by the central bank of the Philippines to create the design.

“I drew this image in November 2017,” he told AFP on December 20. “The Central Bank of the Philippines has not contacted me.”

How to get a personal loan now • Benzinga