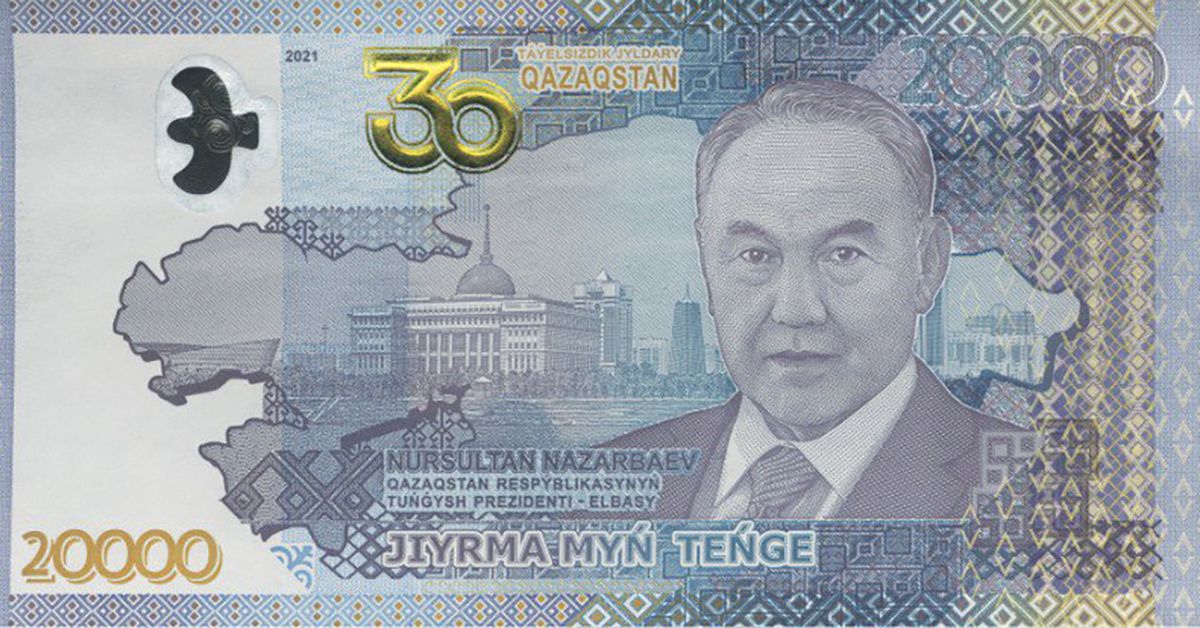 Kazakhstan replaces its ex-leader with an eagle on a banknote

ALMATY, Sept 30 (Reuters) – Kazakhstan’s central bank presented a new banknote design on Friday, identical to an old one with one exception – the portrait of former President Nursultan Nazarbayev has been replaced with a silhouette of a eagle.

The move is the latest move by the oil-rich Central Asian nation to dismantle the personality cult of its former ruler whose era ended in violent unrest this year.

Nazarbayev, who had ruled the former Soviet republic for three decades, resigned in 2019 and backed career diplomat Kassym-Jomart Tokayev as his successor while retaining sweeping powers as head of the security council.

Tokayev and Nazarbayev had a falling out in January when anti-government protests turned into the deadliest bout of political violence in Kazakhstan since its independence in 1991.

Tokayev assumed the presidency of the Security Council and a number of relatives and affiliates of Nazarbayev left high-level positions in the public sector; Nazarbayev’s nephew was sentenced this month to six years in prison for embezzlement.

The new 20,000 tenge ($42) note reuses a design that was printed last year. However, it no longer features Nazarbayev’s portrait next to the image of the presidential residence.

The bank said in a statement that the new note would gradually replace previous models, which would remain valid in the meantime.

In another symbolic gesture, Kazakhstan’s parliament this month changed the capital’s name to Astana from Nur-Sultan.