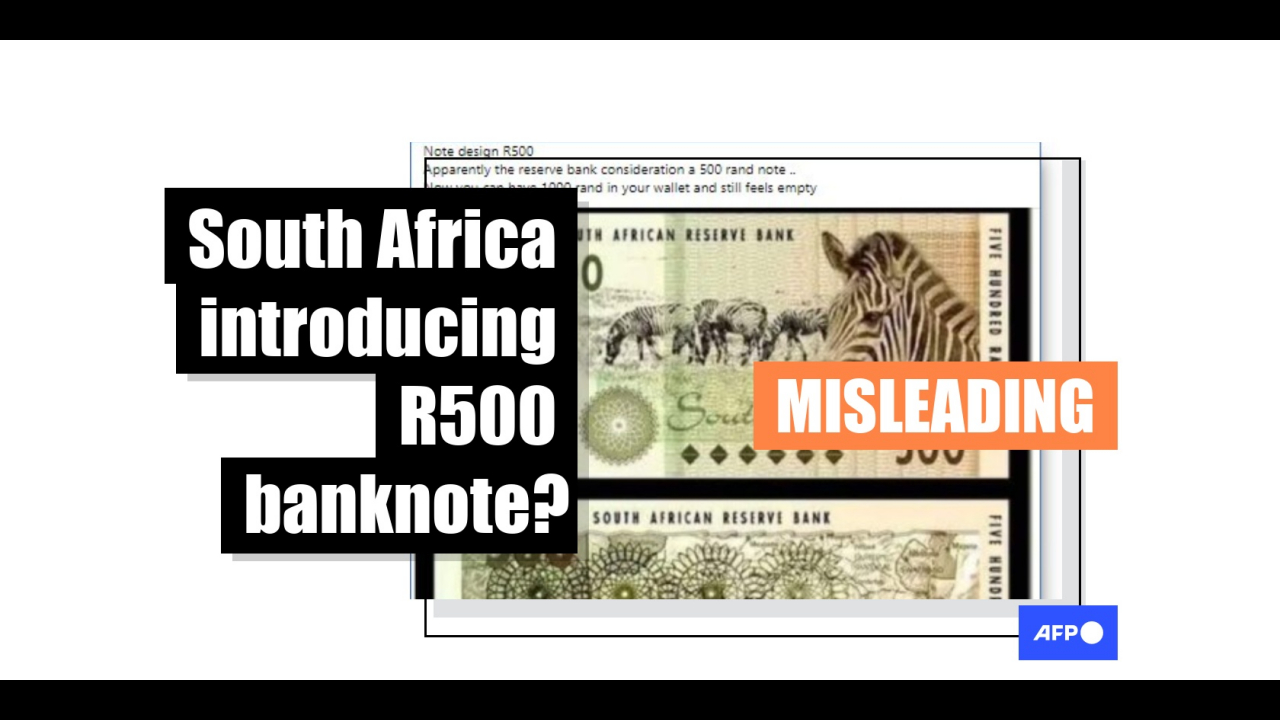 Although it is unclear what the South African Reserve Bank (SARB) will do in the future, at this time it has stated that it has no plans to introduce an R500 banknote ( worth around $31), as several social media posts falsely claim. Additionally, images of the alleged new note have actually been shared online for more than a decade and are fake, according to the central bank. The rumor is circulating again after the publication of an economic article examining the hypothetical requirements for the SARB to issue a new banknote with a higher denomination.

“Note design R500,” reads the caption of a Facebook post posted on June 7, 2022. The post includes images of both sides of the alleged new note and claims that the SARB is considering releasing it.

A screenshot of the misleading message, taken on June 8, 2022

Other social media posts here and here also implied that the SARB was considering the introduction of an R500 ticket.

The claim, however, is misleading.

A reverse image search of the purported banknote led to articles from 2009 qualifying the existence of the counterfeit note.

At the time, the SARB said the design, then circulating via email, was a fabrication.

The reappearance of the claim with the images appears to be a misinterpretation of an economic news report from June 6, 2022, which included an interview with SARB experts.

The title of the South Africa BusinessTech article reads: “Reverse Bank on R500 note and R10 coin for South Africa”.

The text of the article, however, makes it clear that there are no plans for new R500 tickets.

According to the report, a 2020 SARB study found that South Africa was not ready for a R500 note and that it would only be viable when the highest denomination “is the R500 note. most popular bank”.

“This is however not the case in South Africa as the R100 denomination is the most common banknote. The other reason is whether the R200 is still used as a store of value – which it is – and therefore does not warrant a change,” the SARB said.

The bank confirmed to AFP Fact Check that, based on its latest study, there were no plans to introduce a R500 note.

Please note that this is a fake account and has been reported to Twitter. SA Reserve Bank does not plan to issue an R10 coin or an R500 note. pic.twitter.com/wffcUwTDQa

“The SARB is not at all planning to introduce an R500 banknote or an R10 coin,” SARB spokeswoman Thoraya Pandy said, adding that the SARB, like other central banks, regularly carries out research on its banknotes and coins.

The highest denominated coin in South Africa is R5.

Why an 84 month car loan is a waste of money