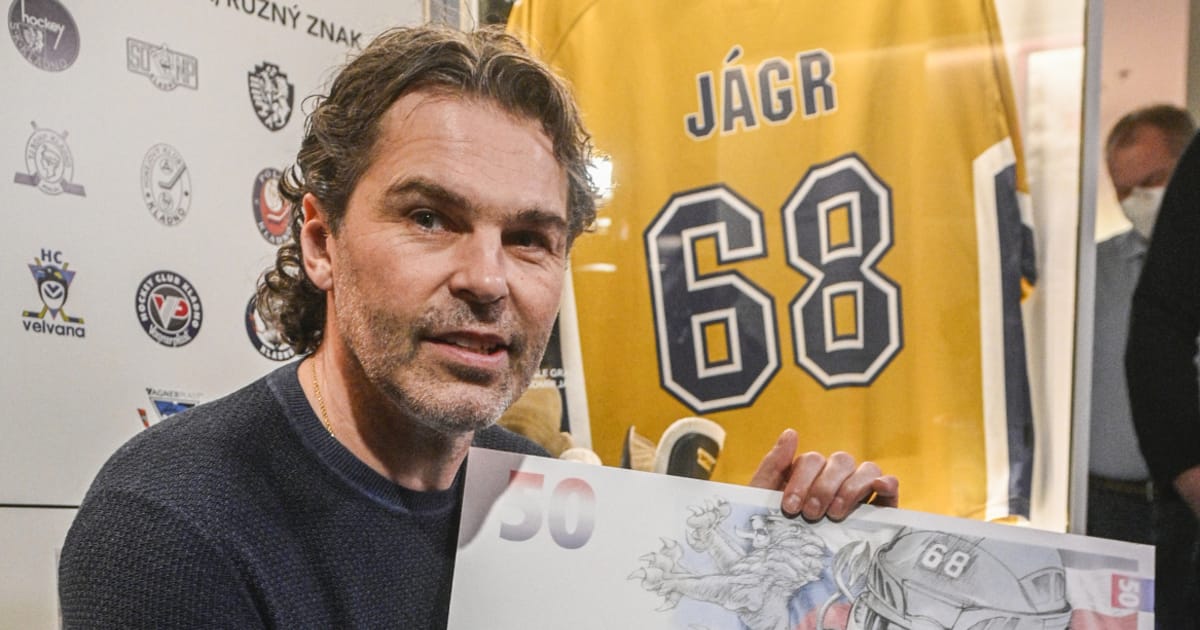 The front of the banknote displays the face of the Czech ice hockey legend, who is wearing full kit, his helmet and shirt bearing the number 68. Behind him are the Czech lion and the Czech flag. Meanwhile, the parts of the banknote that usually display its value bear the number 50, which is slightly lower than the real value of the coin which will sell for 2,490 CZK.

On Monday, the day before his birthday, representatives of České dukáty, the STC and the hockey star himself, held a special press conference on the project, where Jágr joked that he liked the choice of the portrait because it made him look younger.

“It looks lovely. It makes me look much better than what I look like right now, that’s probably when I was around 35 and still had long hair.

“I would also like to say that I am very happy and consider it a great honor to be able to be part of a project like this. I think it will be one of the few things that will remain after I leave.

“I was thinking about that. Athletes can be depicted on trading cards, on stamps, on coins maybe, but when it comes to banknotes, I think I’m the only one in this country next to Václav Havel (laughs).

The design of the banknote is the work of award-winning printmaker and illustrator Eva Hašková, who has worked on commemorative banknotes in the past, such as the one depicting First Republic Finance Minister Alois Rašín.

“I must say that I was initially hesitant to accept the offer to design this new banknote, as it is the first commemorative coin that I have been asked to make for a person who is still alive, healthy and energy. But, as he is from Kladno, like me, I knew I had to do it.

On the back of the banknote, Hašková depicted the celebrations in Prague that would welcome Czech ice hockey players, including Jágr, after their most famous win at the 1998 Nagano Winter Olympics, as well as during the “Golden Hattrick” from 1999 to 2001, when the team won three World Championships in a row. Below the image is the motto “Pride and Honor is Victory”.

The banknote will be printed in four series of 2,500 coins each. These can be purchased at www.50jagr.cz. However, for now at least, the ticket is already sold out.

As for the hockey star himself, he said he would celebrate watching the Czech national hockey team play against Switzerland at the Beijing Winter Olympics. It might not have been the best start to his jubilee. The Czechs lost 2:4 and did not reach the quarter-finals – the worst result in Czech Olympic ice hockey history to date.