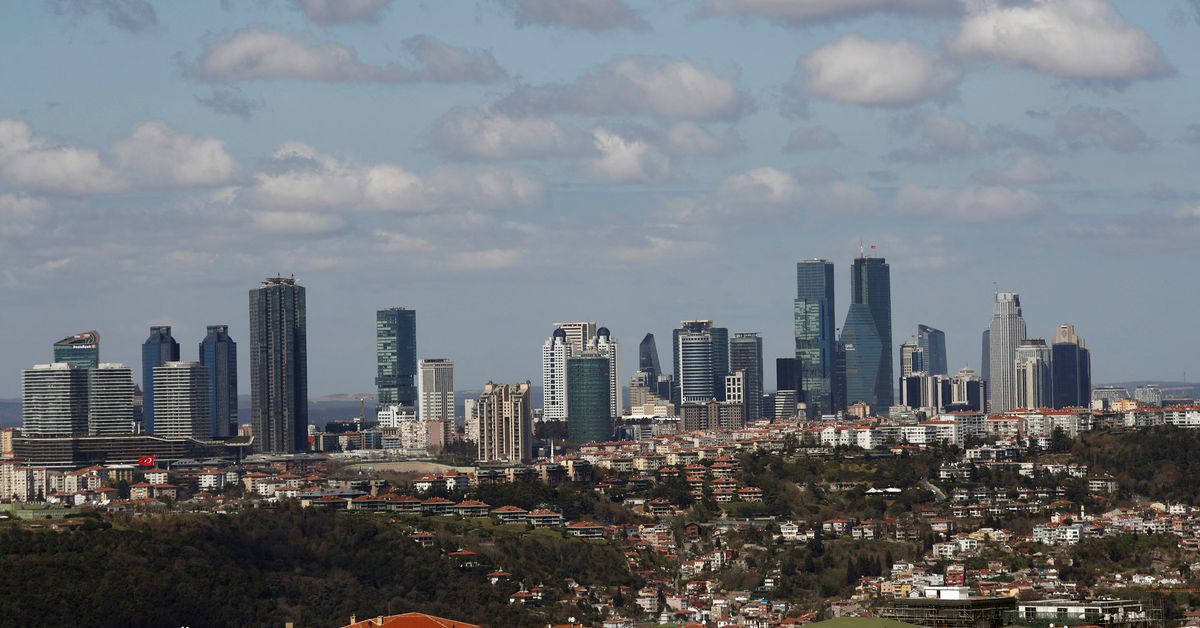 Skyscrapers are seen in the Levent business and financial district, which includes the headquarters of major banks and corporations, in Istanbul, Turkey March 29, 2019. Picture taken March 29, 2019. REUTERS/Murad Sezer/

ANKARA, July 6 (Reuters) – Turkey’s state banks are acting to limit the growth of consumer loans, including mortgages, as loan and deposit rates have started to rise sharply on rising demand cheap loans and the cost-raising effect of the measures taken by the authorities, say the bankers.

As part of its liturization policy, Turkey’s central bank has taken steps to ensure that banks hold lira fixed coupon bonds against foreign currency deposits and has also acted to increase the weight of the lira in its guarantee system.

The moves came after the lira fell 44% in value last year following a series of interest rate cuts demanded by President Tayyip Erdogan, before weakening another 23% This year. Read more

Annual inflation has since jumped to almost 80% in June.

Banking sources said some state banks have lowered the upper limit for housing loans to 150,000 lira ($8,700), excluding some new projects.

Interest rates on deposits and loans increased further in the private sector in response to the government’s lending measures.

Reflecting rising costs, lira deposit rates are heading towards 25% while the interest rate on dollar deposits has risen to over 6.5% from 5% in recent months. Personal and business lending rates continue to rise in the sector.

As part of the government’s economic policy, business loans geared towards employment and exports are encouraged in order to reduce the current account deficit. However, individuals who cannot maintain the value of their lira due to the low interest rate policy prefer to use loans that stimulate domestic consumption.

State-owned banks are now looking to slow the excessive speed of retail lending while private banks generally do not favor long-term corporate loans sought by the government.

An experienced banker familiar with the matter said: “The upper limit for housing loans from some state banks is 150,000 liras and one of them reduced it to 500,000 liras.”

“Because of inflation, individuals have turned to domestic consumption based on credit,” said another banker.

The second banker said interest rates were gradually rising but there had been an explosion in demand over the past three months, with inflation approaching 80% and loan interest rates at 30 %.